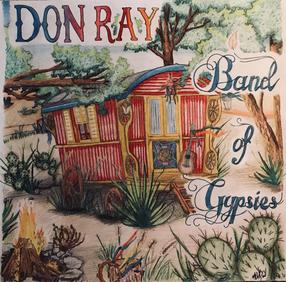 Moving to Nashville at age 26 to pursue a songwriting career, he was soon a staff writer for Square One Publishing on Music Row. He started the second version of Don Ray Band with hit songwriters, Monty Holmes, Don Sampson and Curt Ryle. A few of the co-songwriter credits Don has are with hit songwriters Randy Travis, Monty Holmes, Curt Ryle, Kent Blazey and Buck Moore. Don has songs in the publishing catalogs of Square One, Universal Music, Sony/ATV, Warner Tamerlane, PeerMusic III, Minnetonka Music and Malaco Music.